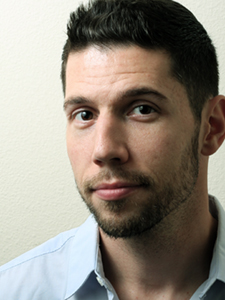 Jeffrey Parola is an American composer of a number of eclectic orchestral, chamber, and choral/vocal works. Recent major professional commissions include Concerto for Clarinet and Chamber Orchestra for the Atlantic Classical Orchestra (Stewart Robertson, conductor), infinite self for baritone, string quartet, and piano, commissioned by Dana Gioia and Victoria Kirsch for USC Visions and Voices at the USC Fisher Museum of Art, and a new work for the Talea String Quartet, to be premiered in San Francisco in December of 2016.

Jeffrey is the  recipient of numerous notable honors, including the Jim Highsmith Orchestral Composition Prize (2009), the EAMA Prize (2012), the Rappaport Prize for Music Composition (2013), the 2016 Hoefer Prize, and the Charles Ives Scholarship from the American Academy of Arts and Letters (2016). A committed educator, Jeffrey is a Lecturer at the USC Thornton School of Music, where he is also completing doctoral studies in composition.