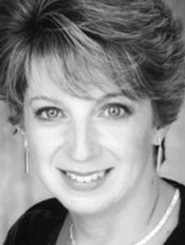 Lisa Sylvester, coach/pianist/conductor, is Chair of Vocal Arts and Opera at the Thornton School of Music at USC.  She is vocal coach and teaches courses in Diction, Vocal Repertoire and Collaborative Piano. She is also faculty coach at OperaViva!, a summer training program for young singers in Verona, Italy.  Sought after as coach and recital collaborator, Ms. Sylvester has also given presentations and performances at the conventions and symposiums of the National Opera Association, National Association Teachers of Singing, Classical Singer, and the Song Collaborators’ Consortia.  She has long been associated with the acclaimed Long Beach Opera where she has served as assistant conductor/orchestral pianist in their main stage productions of works by John Adams, Philip Glass, Leos Janacek, Osvaldo Golijov, among others.  She also served as Music Director for LBO’s Educational Outreach production of the Diary of Anne Frank by Grigori Frid.

An advocate for new vocal music, Sylvester has been on the creative teams for several new works.  She conducted scenes from Julia Adolphe’s  So Donia Speaks on Chamber Music Palisades, and was Music Director/ Conductor for Teresa Levelle’s aLtered sTates on the RealNewArts Foundation series.   She served as assistant conductor for two world premieres produced by First Look Sonoma: Caliban Dreams by Clark Syprynowicz  and Daughter of the Red Tsar by Lisa Scola Prosek.   She is a frequent performer at the Boston Court Theater in Pasadena CA, on the Music @ the Court series, curated by Mark Saltzman, where she has premiered several works for voice and piano.