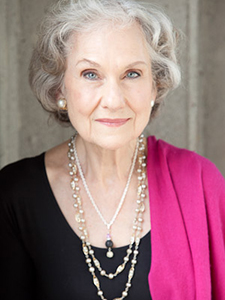 Margaret Singer - then Margaret McConnel - began her career as an accompanist at the age of twelve, when she accompanied over 65 performances of Humperdinck’s “Hansel and Gretel” on tour throughout the Southwest, under the ægis of Inspiration Point Fine Arts Colony, Eureka Springs, Arkansas. After graduating from Oklahoma College for Women, where she was a student of Jacque Abram, the Artist-in-Residence, she continued her education on a Fulbright grant at the Royal Academy of Music, London. Here, she was awarded prizes both as soloist and accompanist. The latter was judged by Gerald Moore, who wrote “ . . .she was the only one who sang with the singer.”

Upon returning to America, she moved to New York City, where she accompanied in many vocal studios, and eventually served as Assistant Conductor at the New York City Opera. This was followed by engagements with the San Francisco Opera, Opera Company of Philadelphia, and Washington Opera (D.C.)

In 1986, Margaret Singer moved to Hannover, Germany, where she was engaged as Solorepetitorin at the Opera Company there. She has also served as Artistic Assistant in the Studio of Professor Ulf Hoelscher, the noted German violinist, at the Hochschule für Musik in Karlsruhe, and led the Opera Department at the Mozarteum in Salzburg, Austria, for two semesters.