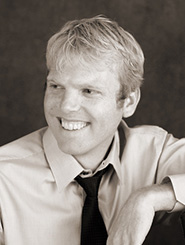 Dr. Bunchman maintains an active performance schedule outside of his work in academia. He has spent five seasons as a principal coach and collaborative pianist  at the Utah Festival Opera and Musical Theater, as well as appointments with the Natchez Festival of Music and Las Cruces Symphony Orchestra. His many collaborations with opera companies also include Santa Barbara Opera, Opera Saratoga, the Princeton Festival and El Paso Opera. Active as a concerto soloist, Dr. Bunchman has performed with the Ridgefield Symphony, the Breckenridge Music Festival, the Antara Ensemble in New York City, the Utah Festival Opera  Orchestra and the National Repertory Orchestra. He and wife, singer Jessica Medoff, have been invited to opera houses and theaters nationwide to perform their highly acclaimed cabaret show 'The Truth About Love... and the Usual Lies". In the summer of 2017 Dr. Bunchman had the honor to be counted among the amazingly diverse and talented group of artists of A Prairie Home Companion, hosted by Garrison Keillor, on their multi-city European cruise. This past summer Dr. Bunchman was been appointed Director of Music  and Collaborative Piano at the International Performing Arts institute in Bavaria, Germany.