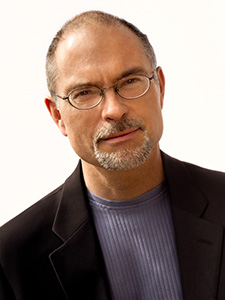 Pianist Russell Miller has been a coach and teacher of vocal repertoire at Eastman School of Music of the University of Rochester (NY) since 1995. He has performed throughout the United States and abroad as soloist and chamber musician, including concert tours to Korea and Hong Kong with tenor Robert White and to Alaska and the former Soviet Union with cellist Stephen Kates. With violist Donald McInnes, he has recorded works of Hindemith and Loeffler on the Kleos Classics label. Notable collaborations include recitals with Jan Opalach, Anthony Dean Griffey, Jonathan Retzlaff, Frederica von Stade, Julia Broxholm, Jolyon Pegis, Lynn Blakeslee, Zvi Zeitlin, Susan Shafer, Todd Graber, Robert Swensen and Marilyn Horne. In October 2012, he was privileged to give the first North American performances of four newly discovered early songs of Claude Debussy with soprano Elizabeth Calleo as part of Eastman’s “Prismatic Debussy” festival. For twelve years he was the musical director for the vocal quartet “SATB”, which performed a wide variety of repertoire from classical chamber pieces to Broadway.

A native of Los Angeles, Dr. Miller studied at the University of Southern California, the Manhattan School of Music and the Juilliard School, and holds a doctorate from the University of Michigan. His principal teachers have been Edith Knox, Gwendolyn Koldofsky, Brooks Smith, Martin Katz, Marshall Williamson, Margo Garrett, Alberta Masiello, Louis Nagel and Graham Johnson, with additional study in The Alexander Technique with Marilyn Barach. For twelve summers, he was a staff pianist and faculty member at the Music Academy of the West in Santa Barbara.  He also served as pianist and harpsichordist for several professional opera companies including the Florentine Opera of Milwaukee (Rossini’s La cenerentola and Verdi’s Aïda), Mercury Opera of Rochester (Mozart’s Don Giovanni) and several productions for Eastman Opera Theatre.

Besides his current appointment at Eastman, Dr. Miller has also held faculty positions at the Cleveland Institute of Music, Bowling Green State University, The Ohio State University and Oberlin College Conservatory, and has given master classes at numerous US schools of music. He was honored to take part in the 2016 International Collaborative Piano Symposium in Tainan City, Taiwan, presenting on “The Benefits of Body Mapping and The Alexander Technique for the Vocal Collaborative Pianist”. He returned to Taiwan last May as a guest teacher at the collaborative piano program at Taiwan National University and at the University of Taipei. Thanks to the generosity of ReachOut Kansas, Inc., he enjoys an ongoing relationship with the School of Music of the University of Kansas in Lawrence as a visiting vocal coach and teacher of collaborative piano. In recent summers, Dr. Miller has taught and performed at the Pine Mountain Music Festival in the Upper Peninsula of Michigan, the Vancouver International Song Institute (VISI) in British Columbia, and at the International Conducting Workshop and Festival (ICWF) in the Czech Republic, Bulgaria and Ukraine.