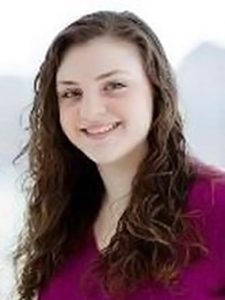 Mezzo soprano, Amanda O'Toole, hails from Richmond, VA and is a first year Masters student.  This year she will be performing the roles of Marcellina (Le Nozze di Figaro), Madame Armfeldt (A Little Night Music), and the Old Prioress (Dialogues des Carmélites) with UNT Opera.  While studying with Irina Mishura, Amanda performed the role of Rosina in Il Barbiere di Siviglia with Comic Opera Guild in Ann Arbor, MI.  In 2013 she received her Bachelors in Music from the University of Michigan having studied under Martha Sheil.  At Michigan, Amanda performed Mother Goose in The Rake's Progress and Tisbe in La Cenerentola.  She also performed several roles with the University of Michigan Gilbert and Sullivan Society including Dame Carruthers (Yeoman of the Guard), Queen of the Fairies (Iolanthe), and Tessa (Gondoliers).  Amanda studies with Professor Molly Fillmore and is a recipient of the Winspear Music Scholarship and the Toulouse Academic Achievement Scholarship.