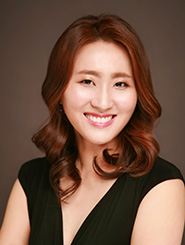 ChoEun Lee, a native of Korea is an active pianist, vocal coach and chamber musician. She has given numerous performances in Korea, the United States, Austria, Italy, Taiwan, Australia, and New Zealand, in major venues including Carnegie Hall in NY City, Ozawa Hall in Tanglewood Music Center and Harris Concert Hall in Aspen Music Festival. She has worked extensively in recitals and masterclasses with renowned musicians, including Stephanie Blythe, Martin Katz, Anne Sofie von Otter, Christine Schäfer, Dawn Upshaw, and Linda Watson. She was twice invited to Tanglewood Music Festival, and has been named as a recipient of the Grace B. Jackson Prize. One of her performances in Seiji Ozawa Hall was broadcasted on WAMC. Since 2016, she has been invited as a repetitor to American Institute of Musical Studies (AIMS) in Graz. She has premiered various works and have worked with many living composers, including John Harbison, Michael Gandolfi, Jake Heggie, Thomas Pasatieri, John Plant, and Chinary Ung. Recently, she co-commissioned a vocal chamber music for soprano, saxophone, and piano by Lori Laitman.

ChoEun Lee holds a B.M. from Kyungwon University, a M.M. from the University of Cincinnati, and a D.M.A from the University of Southern California. She is a member of Pi Kappa Lambda, the national music honor society, and a recipient of the Gwendolyn Koldofsky Keyboard Collaborative Arts scholarship four times. As an active clinician, she has presented numerous masterclasses at universities and workshop including Chattanooga Music Teachers Association (CMTA) and National Taipei Normal University. Previously she has taught at California State University, San Bernardino and served as a vice-president of CAPMT Riverside-San Bernardino Chapter. ChoEun Lee is currently teaching at Lee University (Cleveland, TN) as an assistant professor in collaborative piano and vocal coaching.