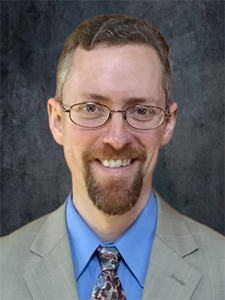 Newly appointed as a coach/conductor at the University of Michigan in Fall 2019, Kirk Severtson previously taught at The Crane School of Music (SUNY Potsdam) for eighteen years, where he was music director of the Crane Opera Ensemble.  He has served on the music staff at numerous opera companies, including The Dallas Opera (including three world premières), Lyric Opera of Kansas City, The Atlanta Opera, and Opera Saratoga (eleven seasons). He served as the inaugural music director for the Domenic J. Pellicciotti Opera Composition Prize, which commissioned and premiered Mayo by Tom Cipullo in November 2018, and has additionally conducted or coached at the Hawaii Performing Arts Festival, Opera Viva (Verona, Italy), the Institute for Young Dramatic Voices, Opera North (NH), the Opera Theater of Lucca (Italy), and the Cincinnati Opera outreach program, among others.  While at SUNY Potsdam, he was the recipient of both the SUNY President’s and Chancellor’s Awards for Excellence in Research and Creative Endeavors and served six years as chair of the Music Performance Department at Crane.  He works actively with the National Opera Association, serving as Associate Executive Director and webmaster.  He holds degrees from the University of Cincinnati (D.M.A. and M.M.) and Luther College.