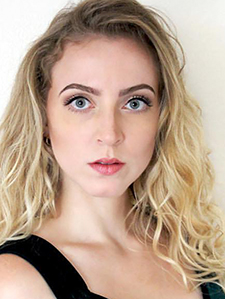 Samantha Kantak, soprano, is a doctoral student at the University of North Texas where she studies under Carol Wilson.  She is a winner of the UNT Concerto Competition and a recipient of the highly-competitive Robert B. Toulouse Fellowship.

On the concert stage, Ms. Kantak has been a featured soloist in Vaughan Williams’s Hodie, Ticheli’s Angels in the Architecture, Brahms’s Ein deutsches Requiem, and Harbison’s Mirabai Songs.  She recently made her debut with the Abilene Philharmonic Orchestra, the McCall Music Society, and Chelsea Opera.  She will be performing the role of Contessa Almaviva in UNT’s November production of Le nozze di Figaro.